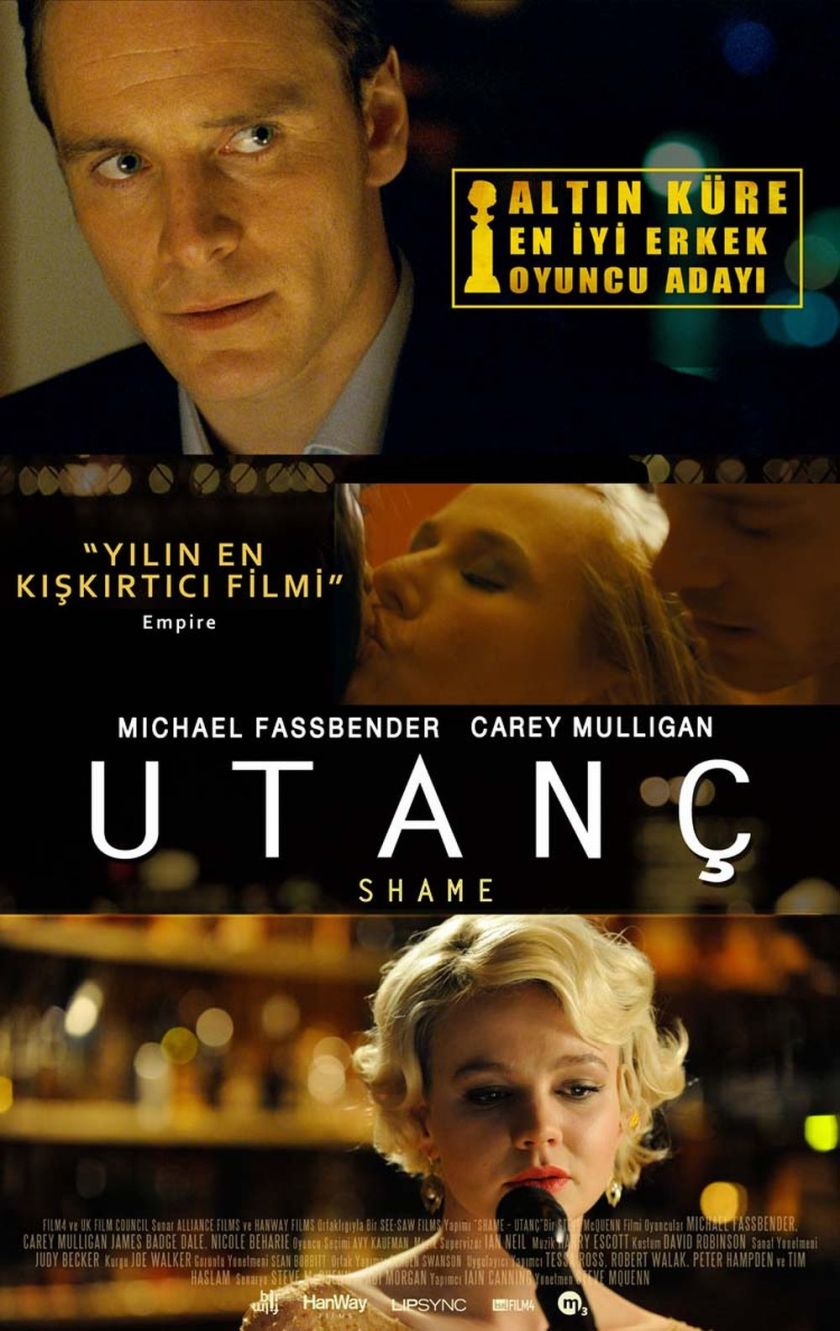 Shame, the second long-métrage movie from Steve McQueen, shows the drama of Brandon, a “professional” sex addict about age of 30, living alone (except during her sister’s visit), and seems to be in search of satisfaction in an ordinary life. Going to office, having some drinks with colleagues after work, looking for a sex partner, having one night stand, going bed, sleeping and going again to the office in the morning. The routine, despite some evident advantages, just makes Brandon more incurable. And once again he returns to sex as remedy, because it seems the only possible way of feeling that he is still alive.

With the plan of his sister Sissy’s visit, we see how Brandon feels insecure even within the locked doors… He feels uncomfortable with his sister, especially in his own flat. And during the time that she stays at her brother, we scent something happened between them, maybe an incestuous relationship in the childhood. Maybe because of the past, Brandon, he is ashamed? In any case, his regard towards to the sex, unveil a great number of facts about him. For instance, when his boss told him that IT guys took his computer from his office due to a virus, and once they check the hard disk they found so many porn videos; Brandon says nothing and maybe he is ashamed again… But the breaking point of his link with sex, is the scene where Sissy catch him red-handed in his bathroom. It’s also possible that Brandon keeps sex as secret and the unique thing in life which he does not share with others, especially with friends or relatives. And once his hidden life or pleasure or addiction has been discovered, he just let the life go hang. This turns out the things between brother and sister, and in my thought, it’s a clue about the “forbidden relationship” between them, like the night after Sissy has slept with Brandon’s boss, and came to Brandon’s bed, asking him to let her sleep together. After the last night, we are witnessing of the downfall of a life, which was clearly on the brink of the abyss. If you let me put a metaphor here, I’d like to associate his last night as a sex addict, to the “last supper”. First he packs all porn magazines, movies, even the laptop where he stores all his “archive” and then goes to a bar, where he looks for trouble and he finds it actually… He spent all night going night clubs, including a gay bar, having sex, including with a guy, and being overwhelmed with lustfulness. At this hard night’s morning, he makes out that his sister is in trouble and with a non-answered phone, he just gone crazy enough to run until the house. There he comes across with her sister’s bloody body after committing suicide. This “love and hate” relation with her sister ends into a hospital where she overcomes this life-threatening situation.

On the last scene, as the scene in the beginning of the movie, we, I mean Brandon, sees that lovely girl. He missed his chance for the first time, but now, maybe the time for Brandon to become a “normal” man has arrived ? Who knows? By the way, who can blame Brandon for the quest of  happiness or satisfaction in a super modern and lonely world?

A magazine of Arabic literature in translation